What Are Company Announcements? 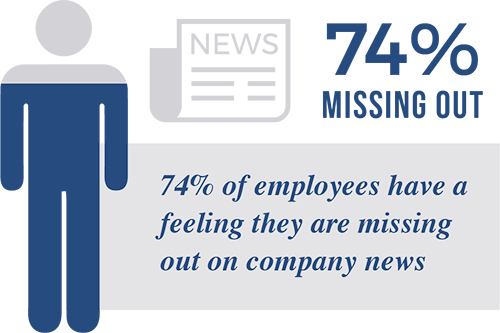 Many businesses, especially in environments where workers are away from computers or don’t have company email, struggle to ensure that everyone can access company-wide announcements. Reaching the entire organization isn’t easy, and short of personally following up with every employee, there’s often no way to know if a sent message has been received and read.
It can often feel like you’re emailing your newsletter out into the void, where it will get buried in inboxes, or opened, skimmed, and otherwise ignored. It can be challenging to decide what content to include, which items to prioritize to the top, and how often to send. Without any insights into how the content is being received, it’s more or less a guessing game.
Beyond that, email newsletters often require some coding and time investment before they look nice, and can vary wildly by email client, which is often problematic. Including images can be challenging, there’s no way to include video, and you have to finagle with HTML and CSS, or an unwieldy visual editor, to ensure that it looks good on mobile.
After all that work, your message is still likely to be lost in the shuffle, and you have no way of knowing whether or not it’s well-received, aside from tracking the occasional reply.

We set out great programs, thoughts, and ideas as an organization, but the penetration through normal email was limited at best. With MangoApps, wide-reaching company news and announcements can actually happen.
- Dr. Kevin Klauer, Chief Medical Officer, TeamHealth

MangoApps makes sharing company news an intuitive and inclusive experience—company-wide posts are built into the platform and can include text, video, images and documents. When a post is published, all employees are able to quickly read (and respond if needed) from a computer or the mobile app, and our templates ensure readability from any device.
Leaders can even mark particularly important updates as “must-read,” requiring employees to acknowledge that they have read and understood the message. This feature takes away the headache and uncertainty inherent to more traditional distribution channels like email. 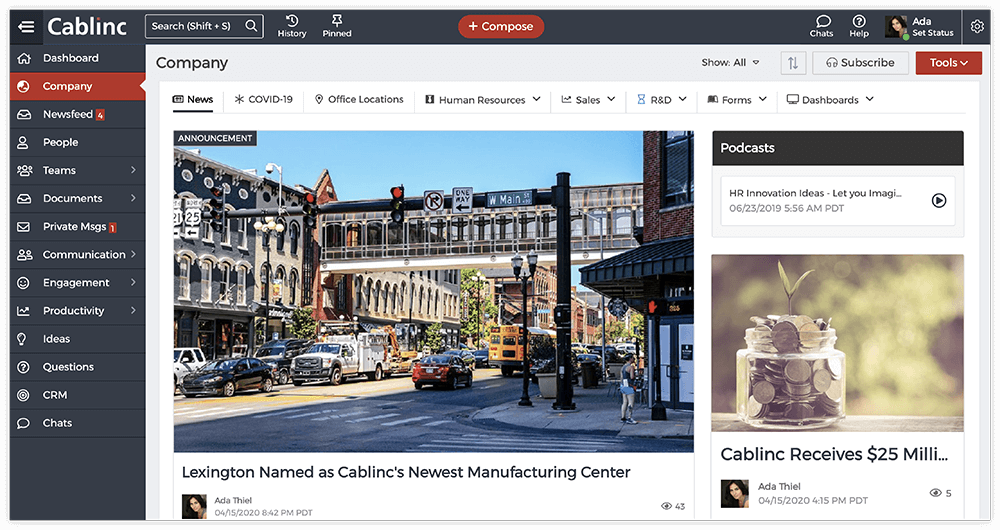 Once a post is out to the company, the View Count and Insights features allow leaders to trace consumption of the content, and if needed, boost the post to reach a wider audience. Company posts can also be pinned for follow-up based on urgency.

How To Make Company Posts:

What you can expect

Thank you for your request. We will review the information you provided and will contact you within 1 business day.