MangoApps named a Leader in the IDC MarketScape for Digital Workspaces. Read the Report »

AI Engine That Works Behind The Scenes For You 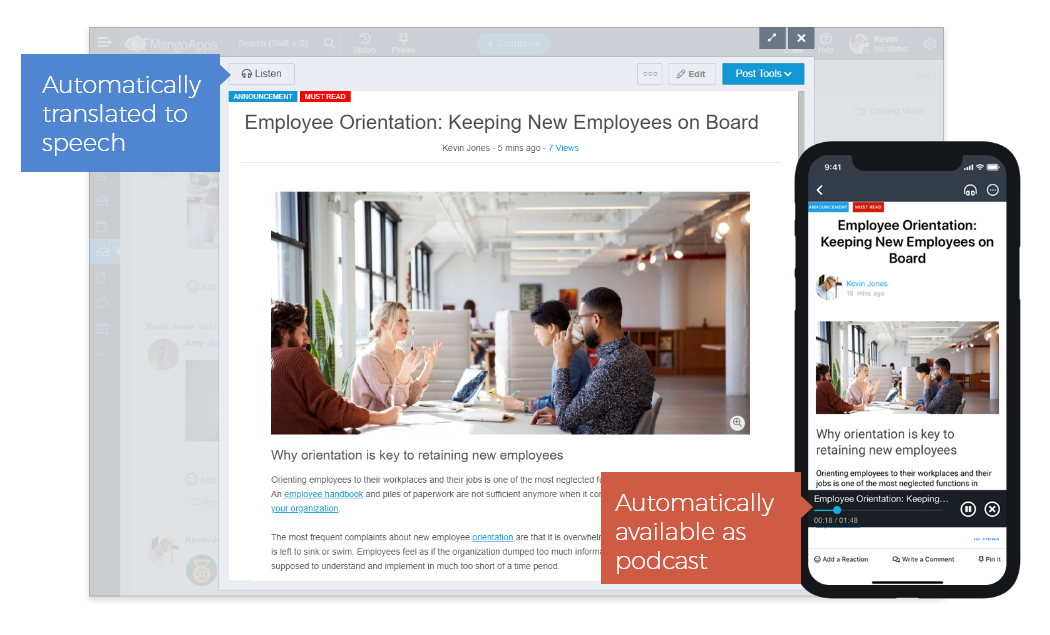 All posts can be automatically converted to podcasts when they are published. Users can listen to the posts on the web portal and on mobile as podcasts. Mango AI engine supports conversion of post text to speech in 21 languages - Arabic, Chinese, Danish, Dutch, English, French, Hindi, German, Icelandic, Italian, Japanese, Korean, Norwegian, Polish, Portugese, Romanian, Russian, Spanish, Swedish, Turkish and Welsh. 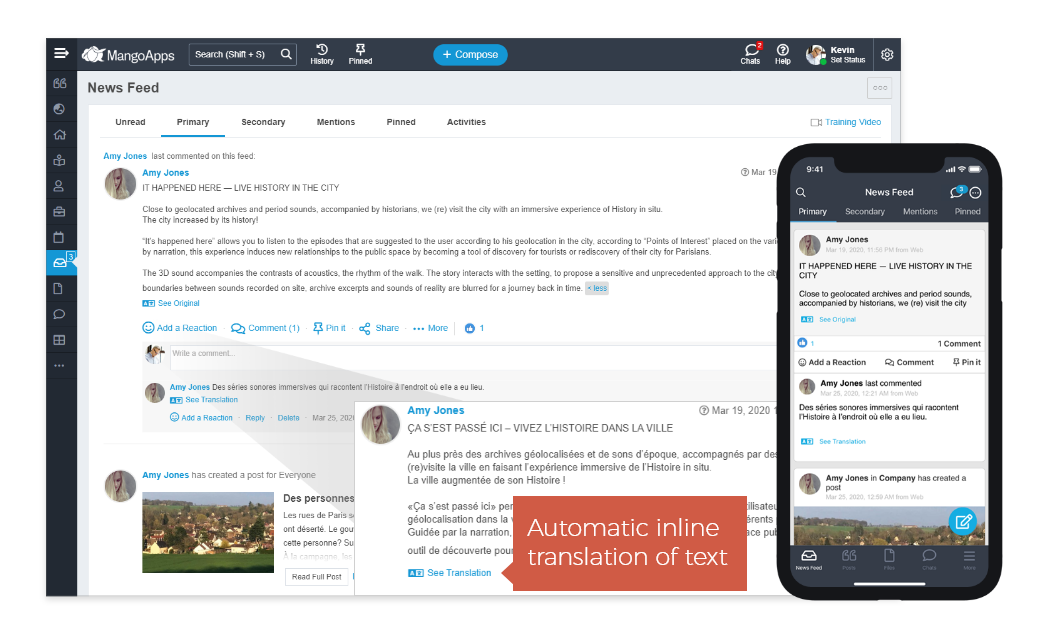 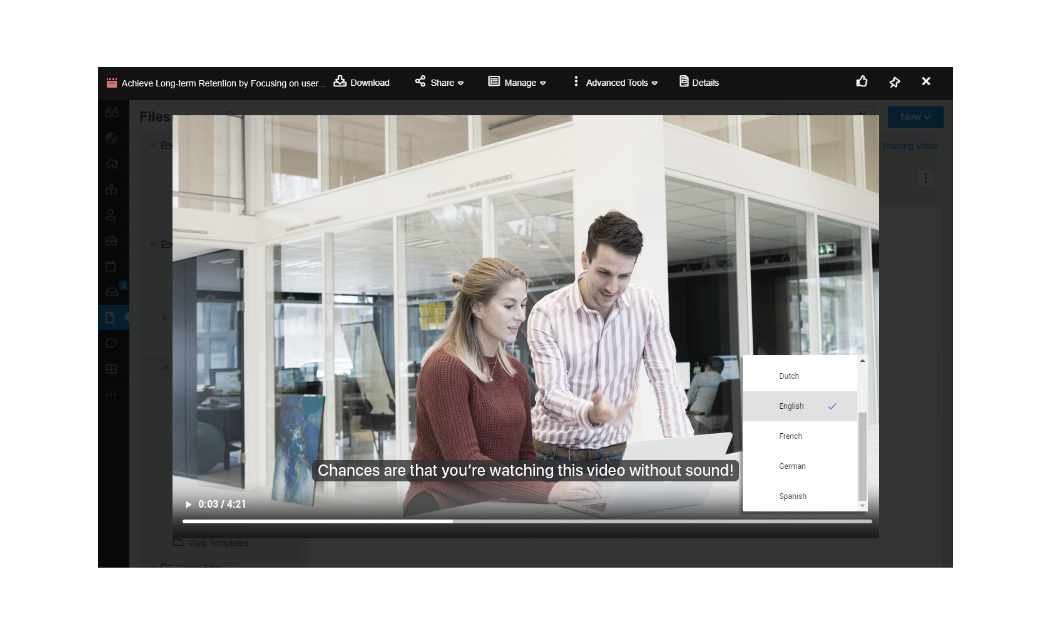 Speech in the videos can be automatically converted to closed captions to improve reach and accessibility. The closed captions are displayed along with the video content as subtitles. Mango AI engine supports automatic closed captions/subtitles generation in 6 languages - Chinese, Dutch, English, French, German and Spanish.

Bring your frontline and office teams together on one common platform

It has never been this easy to create the perfect employee experience for your deskless and deskbound workers. Contact us to discuss requirements, pricing, rollout and support. Get your free demo today!
Get free demo and trial